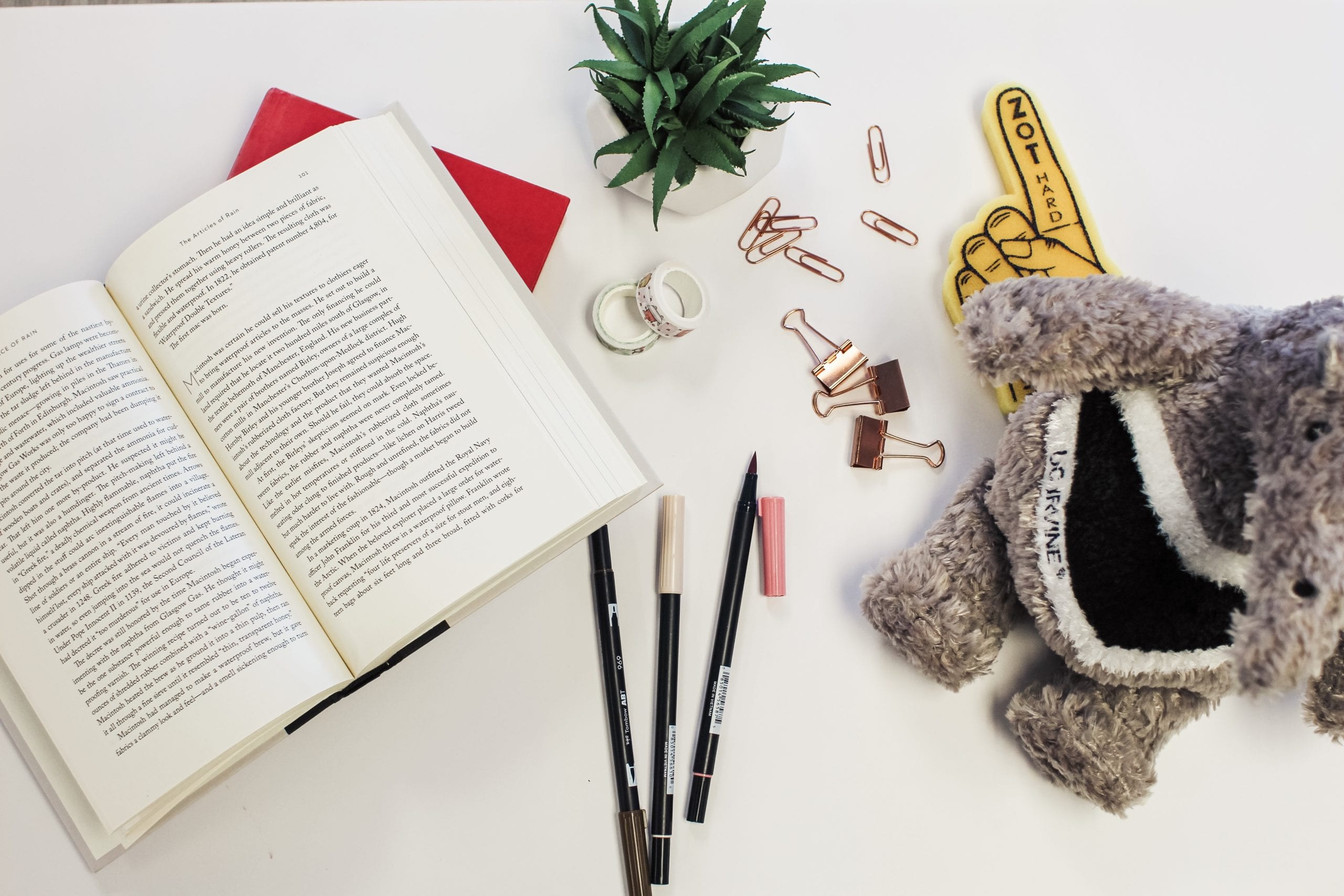 This page is compiled of a few resources, and we encourage you to continue to add ways, we - as a community can WATCH, READ, LISTEN.

*We also want to highlight UndocuArtists and the forms of expression.

*Lastly there are Non-profits resources and movements. 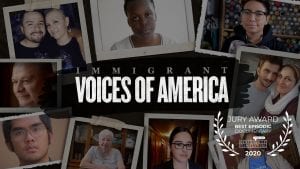 “Immigrant Voices of America is an eight-episode documentary-series sharing the immigrant experience in the United States of America. Each episode highlights a different immigrant group and the challenges they face with their immigration status. Each story showcases the hardships, triumphs, and aspirations of these brave men and women as they strive to achieve a better life in the US.” 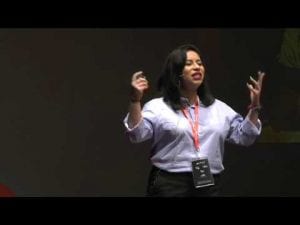 “Victoria Matey Mendoza is an Undocumented student leader challenging systems to create a more just and inclusive space for undocumented students. She has devoted her time to helping create resources for undocumented students on and off campus. She was apart of the driving force behind Keep Bellingham Families Working campaign under Community to Community Development....She plans to break down narratives and challenge people to really look at the underlying issue that all undocumented people deserve human dignity. This talk was given at a TEDx event using the TED conference format but independently organized by a local community”. Learn more at https://www.ted.com/tedx 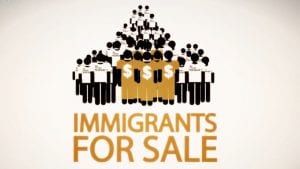 “The detention of migrants has become a multi-billion dollar industry in which immigrants are sold to the highest bidder and traded like mere products. The Corrections Corporation of America, The Geo Group, and the Management and Training Corporation-run over 200 facilities all over the nation. These facilities offer over 150,000-bed spaces and rake in a total profit of close to five billion dollars per year. The fact that these detention centers get paid for the number of people that are in the center per night offers, therefore, no incentive to speed up the legal processes and let the detainees leave the facility.”

Black Immigrants in the U.S. Expand 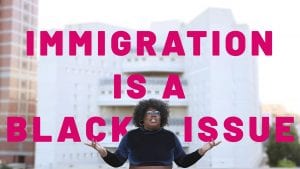 “There’s no question that the same systemic racism endemic to the police, is woven through our immigration system. That racism impacts Black immigrants the hardest in the form of unusual and cruel punishments that go far beyond the hardships already heaped on immigrants in this country. Watch Joyce Louis-Jean unravel the myriad of issues facing Black immigrants and asylum seekers in the United States today.”

Another Video by [Blavity] Woke Up Late: Black Immigrants Expand 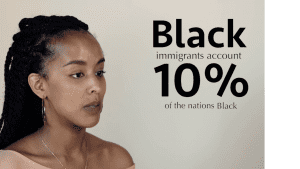 “How much do you know about Black Immigrants? Their buying power, discrimination, and social involvement. Make sure you stay educated with this episode of Woke Up Late.”

Undocumented and Black in America Expand 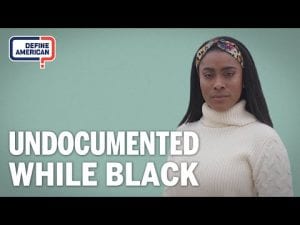 “A conversation with the leaders and visionaries shaping the UndocuBlack movement. The UndocuBlack Network is a multigenerational network of currently and formerly undocumented Black people that fosters community, facilitates access resources and contributes to transforming the realities of our people, so we are thriving and living our fullest lives.”

Coming Out of Two Closets Expand 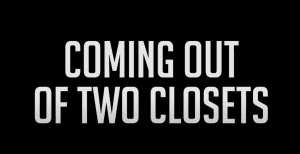 “What does the closet mean to people that sit at the intersection of undocumented and queer?” 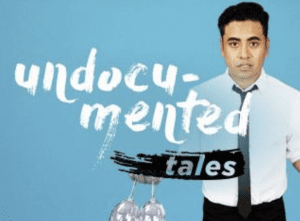 “Web series about the secret life of a Mexican server living in Los Angeles. Fernando has two secrets. He is an undocumented immigrant and he is a closeted gay. He is constantly lying about his legal status and real identity.” 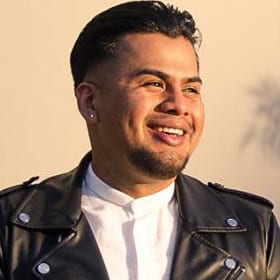 2014 Dreamers Adrift project Presenting: "Secrets & Borders: Our Stories Are All We Have"

“This is a collaboration between DreamersAdrift.com and four amazing story-tellers. This month, #PrideMonth, we will be releasing a weekly video from these amazing queer and undocumented artists who have a story to tell.” 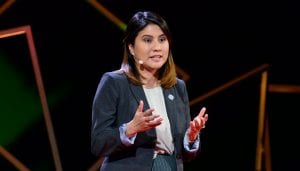 “Future physician Denisse Rojas grew up an undocumented immigrant, giving her a unique perspective on the healthcare needs of marginalized populations. Today, she is determined to ensure that healthcare - and education to pursue health care careers - are accessible to everyone in America.” 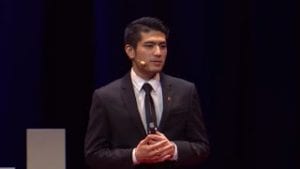 "After investing all this time, my career in medicine is still fraught with uncertainty. Without DACA, I wonder if I will be able to enter residency and complete my medical training. I wonder if there will be more than 100 unicorns next year, and the year after that?" New Latthivongskorn is the first undocumented medical student at the University of California, San Francisco. He was named to Forbes' 30 Under 30 in 2017 for co-founding Pre-Health Dreamers, an organization that works to support undocumented students pursuing health careers. He is completing a Master's in Public Health at the Harvard T.H. Chan School of Public Health. New continues to engage in work at the intersection of immigrant rights, health & medicine, and culture change. This talk was given at a TEDx event using the TED conference format but independently organized by a local community. 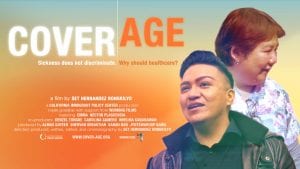 “For years, advocates have been organizing to make healthcare access a right for all in California, regardless of their immigration status. Set against the backdrop of California’s Health4All campaign, COVER/AGE follows two leaders who have been championing the immigrant health justice movement in the Golden State. One is an elderly caregiver who has spent over a decade taking care of senior citizens, in spite of being ineligible for the same services she provides. The other is a long-time community advocate who has been organizing directly impacted people towards policy change at the intersection of immigration, health, and gender justice. As conversations around universal healthcare and single-payer continue to gain momentum at the national level, this film highlights the urgency of expanding healthcare access to undocumented people by centering the unwavering voices of immigrant health justice leaders.” 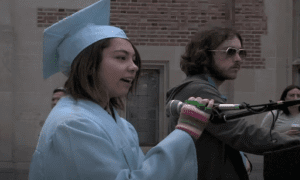 “Short film about an undocumented student at UCLA and the DREAM Act.  Originally done through the Armed with a Camera fellowship through Visual Communications in Little Tokyo, LA.  May 2007." 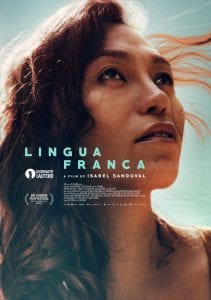 “Lingua Franca is a love story between an undocumented, transgender, Filipina caregiver and a Russian-Jewish slaughterhouse worker in Brooklyn, New York. The third feature from Isabel Sandoval — who wrote, directed, produced, edited, and stars — the film comes from Ava DuVernay's ARRAY and made its world premiere at Giornate degli Autori/Venice Days and was the first Filipino film in main-competition at BFI London in its 63-year history.”

“Biking Border to Border to Demand Citizenship for All!”

Three AAPI organizations announced their new “Citizenship for All” campaign which launched in August 2018, border to border “Journey to Justice” Bike Tour.

“To launch the “Citizenship for All” campaign, we will embark on a border to border bike tour under the name “Journey to Justice.” Starting on August 1st, our young leaders and allies will bike from Seattle, Washington and continue on until September 6th where we will end the tour in San Diego, California. Through this campaign, our young leaders will cultivate genuine relationships with the rural and urban communities we will bike to, build coalitions with local immigrant and AAPI organizations, and advocate for policy change that provides a clear pathway to citizenship for all non-citizens.” 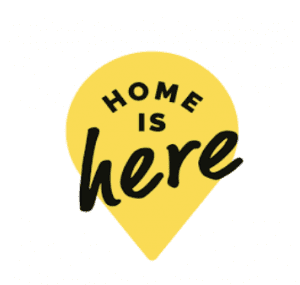 “The #HomeIsHere March was an 18 day, 230-mile mobilization led by NAKASEC, Make the Road New York, CHIRLA, FIRM, CASA, and other community-based organizations. The march began on October 26, 2019, in New York City and ended on November 12, 2019, in front of the Supreme Court in DC. The goal of this march was to raise awareness about the danger that DACA and TPS (two programs that allow undocumented immigrants to live in the US without fear of deportation) are in and to demand that these two programs be protected towards a vision of #Citizenship4All 11 million undocumented regardless of life circumstance. Learn more about the Home Is Here March at homeisheremarch.org: 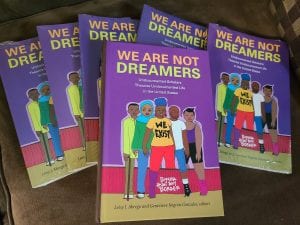 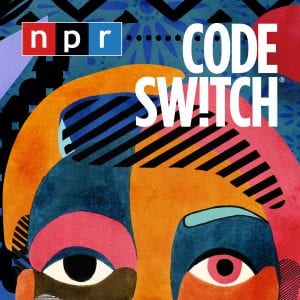 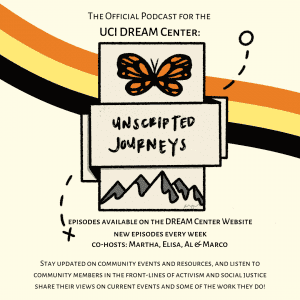 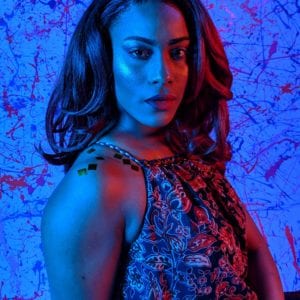 “LEGALITY IS A POWERPLAY - Illegal Drip is an ethically sourced by undocumented immigrants. We believe that the idea of 'legality' is a powerplay, that is merely put in place to extend the arms of those who seek to oppress. No human being is illegal on stolen land. “ 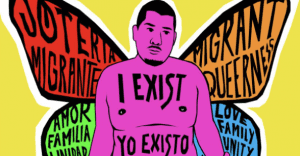 AAPI Data is a database based on the UCR research team. Nationally known.

For more numbers and contact the research team: https://aapidata.com/contact/

“Immigration 101: What is a Dreamer?” by Matt Hilderth